I build things that connect people – websites, applications, furniture, cars and communities. Any worthwhile project can result in a positive association, be it between a company and a consumer or a driver and a vintage 1974 BMW 2002. I believe in the power of connection to establish long-lasting relationships, and that’s why I’m glad you’re here. Take a few minutes to get to know me, and if you feel a connection, shoot me a message. I’d love to talk.

A whole lot more about me 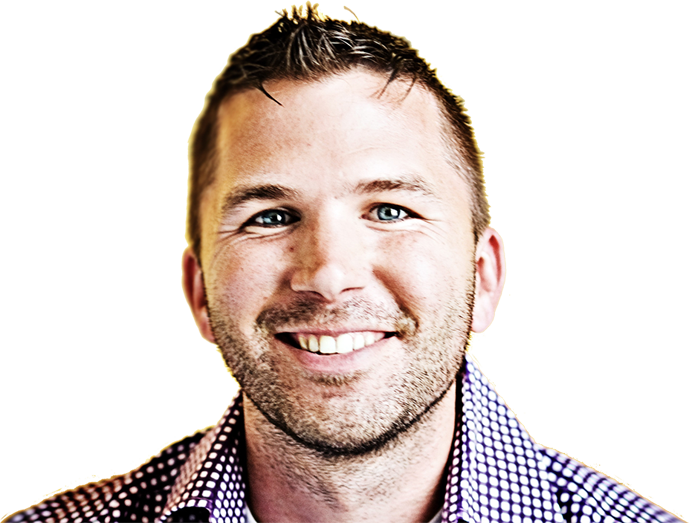 The experiences you remember are the ones that make you feel connected to something bigger.

When I first began designing and developing in the late 1990s, the Internet was an emotionless vehicle for push-based marketing. Over the years, I’ve been a part of its evolution into an interactive, user-centric environment. I’m constantly amazed and inspired by the ability of the web to bring people together and create meaningful, long-lasting relationships. It’s what drives my designs and my approach to digital marketing. The Internet is one vast opportunity to create connections.

I started my career as a thermal engineer in Dell’s research and development lab. I’d always thought of industrial design as purely functional, but in my time there I learned about user experience – long before “user experience” was a digital marketing catchphrase. I learned just how much a change in design can alter a person’s entire perception of an experience, turning a tedious task into something pleasurable. I realized how design can reach people on a fundamental, personal level, and I decided to take that lesson and apply it to the rapidly evolving digital marketing world.

I find humans fascinating to study - how decisions are made, what perceptions are created, when the learning curve is too high or the attention span too low. I took the truths I’d realized in engineering into the consulting world, designing exhaustive campaigns targeted toward creating the kind of connection I knew was possible. I traveled nationwide to talk to people about the new world of user experience and its part in creating successful projects. The Internet could be about more than conventional, simplictic push marketing, it could create connections with people.

The early 2000s were great years to be in on the emergence of digital, and I found that my excitement was shared by hundreds of lone Internet wolves hungry for a community. In my hometown of College Station, Texas, I longed for a space that encouraged the free exchange of ideas and let people feed off of each other’s creative energy. That’s why, in 2007, I cofounded The Creative Space, the first coworking space in Texas and the second in the country. It didn’t take long before our group of designers, developers, tech junkies and entrepreneurs began spending days and nights creating, sharing and learning. Lots of ideas had their genesis in the Creative Space, and the late 2000s found me happily designing, developing and promoting my enthusiasm for community and connection through events that brought people together in what were, essentially, larger, days-long iterations of the Creative Space.

We were in a small town, but we had big dreams. The kind of community we were creating was fresh and new to College Station and, after spending years driving to Dallas, Austin and Houston, we brought those events back home. In 2008, we put on BarCampTexas, which brought together nearly 400 design and technology professionals from all over Texas for a weekend of networking and idea sharing.

One fortuitous night in 2007, I found myself sitting among friends discussing the TED conference, which had just begun publishing talks online for the first time. We wanted to attend, but none of us had an invite and none of us had the thousands of dollars required for a ticket. What started as a plan to fly to Monterrey to mingle with the TED community became the seed for something bigger.

In February of 2008 we held the inaugural BIL Conference, right across the street from TED, where hundreds came to share ideas freely, including speakers and attendees from TED. BIL became an open, egalitarian forum that offers everyone the opportunity to experience the idea sharing we imagined existed at TED – an experience we admired and greatly wanted to be a part of. As Wired magazine put it, BIL borrows from TED’s big ideas, not its pretense.

The following year, while serving as the vice president and chairman of the DFW Usability Professionals’ Association, I cofounded the Big Design Conference, bringing the Dallas design community together for three intense days of nerding out over strategy, social media, user experience and code development. As with every project I work on, I took the inspiration I found at these events and applied it to my own work.

By 2011, I was ready for a new challenge. I cofounded the digital creative agency Extra Sauce to help clients build the sort of connections that create true brand loyalty and maximize ROI. I managed the strategic and creative direction of our client campaigns, working with brands such as Coca-Cola, Smirnoff, Cadillac and the US Army. My conviction that the best ideas come from a culture of collaboration and an understanding of how to build relationships drove both our creative strategy and our internal culture. We were a family, dedicated to our team and to pushing ourselves to reach ever-rising standards of quality for our clients. The extra sauce oozed into the community, too, as I was named one of the top Dallasites on Twitter in Culture Map’s article “Honey Badgers and People You Wish You Were Friends With”

Extra Sauce underwent a pivot in 2013, and I decided to return to consulting and involvement in the community. I sit on the board of Dallas Startup Week, an organization that promotes small businesses and gives entrepreneurs guidance to help them achieve success. My belief in the intrinsic power of personal connection hasn’t faltered since my early days at Dell, and it’s always been the bedrock of the powerful campaigns I deliver to my clients. I do more than design experiences. I create relationships. If this is interesting to you, reach out to me, and let’s talk.

Want a resume? I put one together here.

My work speaks for itself.

But I added some words anyway.

How to get from you to Ryan